Families of Wealth Flourishing
for Many Generations 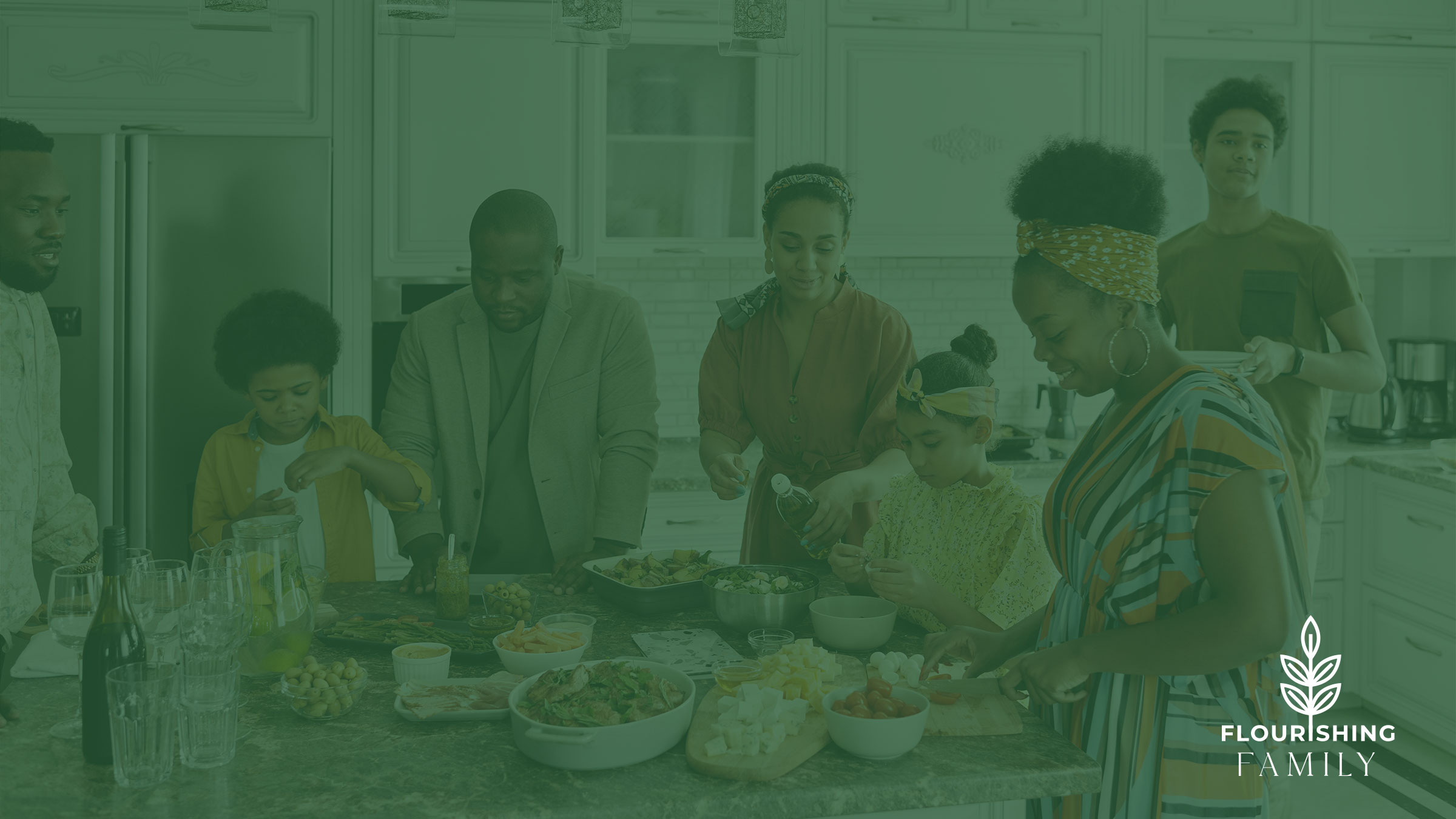 We envision being a collaborative community of family leaders and their trusted advisors empowering families to flourish In the spiritual, relational, human, and social capitals and therefore financially in a way that transforms millions for many generations.

Imagine a world where the new norm is wealthy families experiencing healthy bonds of trust, unity and purpose making a stronger impact for each successive generation to come!

Our Mission Guide families in cultivating trusting relationships, thoughtful governance, and compelling road maps to make consistent progress to flourishing relationally, spiritually, individually, and in their impact on society.

To build our legacy beyond the current generation, we must be as intentional about cultivating Flourishing Family Values as we are about building our business and financial legacy.

Lonnie Gienger,
Chairman of the Board

“Shirtsleeves to shirtsleeves in three generations” sadly describes the reality we face in the difficulty passing on not only our financial legacy but our human legacy to our children.

My dream is to be a safe place for families to have sacred conversations that foster healthy relationships and sustainable success across the generations.

Lonnie Gienger,
Chairman of the Board

We all know stories of people who are successful in business, but whose own children and grandchildren don’t develop the same character qualities that help them to flourish.

If we wanna see them raised up to success in carrying our legacy, we must be intentional. 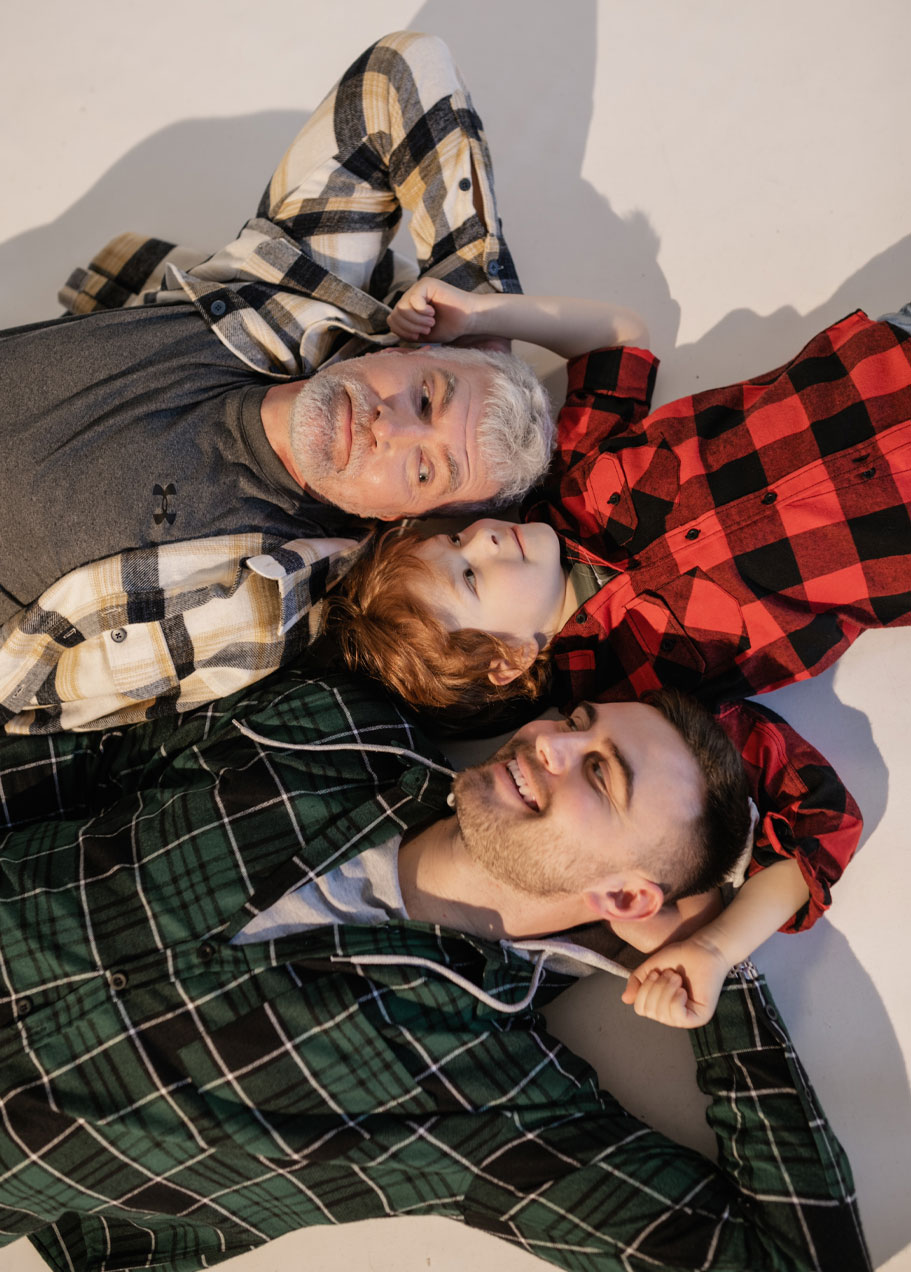 Did you know that we no longer live in a society where values are automatically passed down from generation to generation? 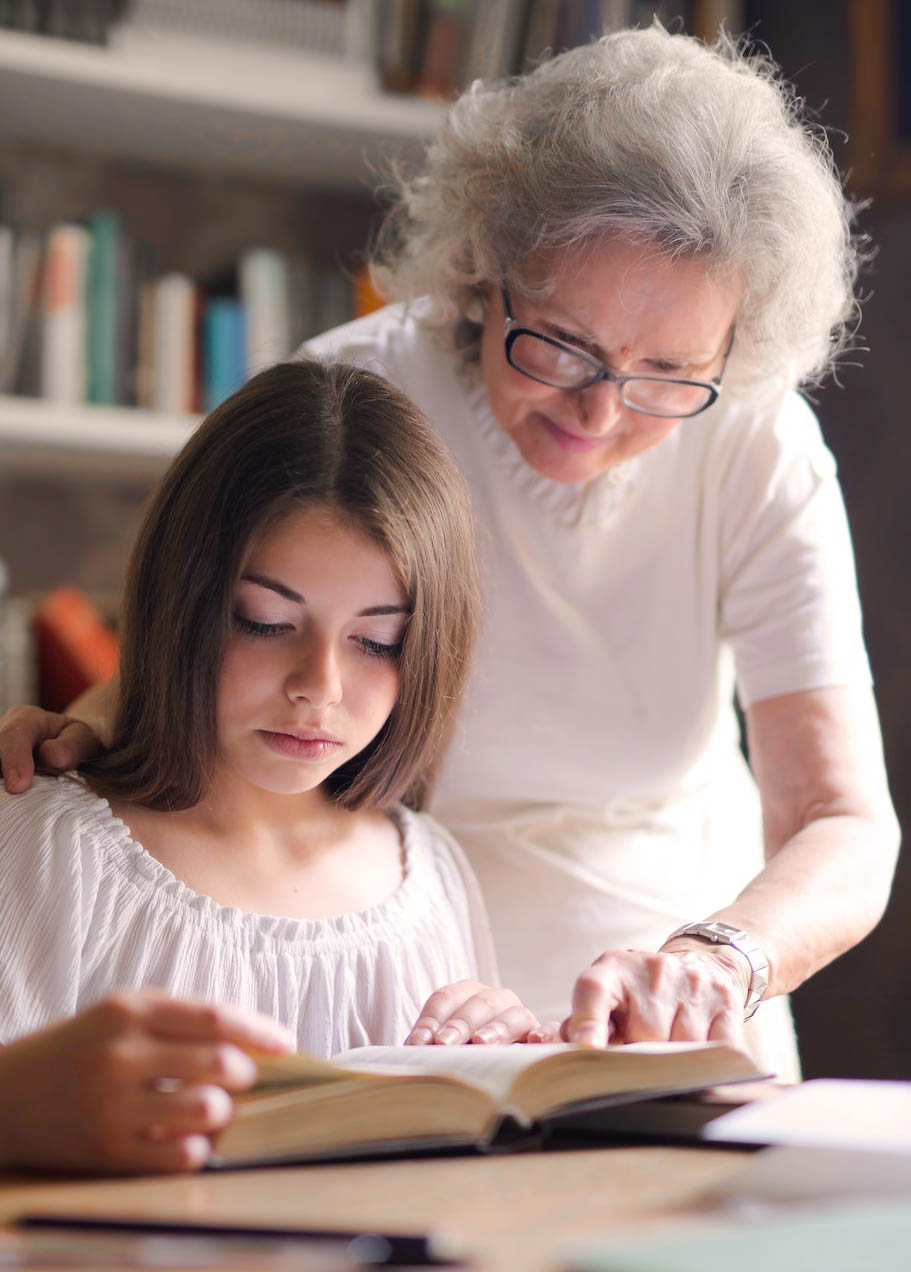 What if everything you have worked to build is completely lost by your grandchildren?

90% of wealthy families suffer a significant loss of financial capital in the third generation primarily because of losses of the relational, human, social and/or spiritual capital of the family. Yet it is quite difficult for these families to find safe peer relationships, best practices, and inspiration needed to help each generation flourish in these non-financial forms of wealth which foster true and lasting abundance.

To understand the heart and hope of our vision to help families of wealth flourish for generations to come listen to these words from our Chairman of the Board, Lonnie Gienger

Get to know Our Families

Multigenerational families who want to develop or improve one or more of the following:

That was me 20 years ago. It wasn’t until another family that was further down the road on this journey came alongside ours that I began to learn how to have the same level of strategic intention and thought about building my family as I did about building our businesses. And now for 20 years, we’ve been blessed to have that family and other multi-generational families as guides along our side. They have challenged us and encouraged us to implement relational processes that cause these other four forms of family capital to flourish.

Imagine a new norm where it’s common for families of wealth to share best practices and collaborate around developing and protecting these four forms of non-financial capital that are so foundational to everything else.

I believe that together we can learn to optimize our families’ enterprise capital by integrating our relational, spiritual, human, and social capital in a way that will impact generations.

Our core process is primarily a four step systematic, developmental, and intentionally guided experience called, “Your Journey to a Flourishing Family”. This model is ready to be prototyped and piloted in a collaborative process with our alumni, advisory network, collective group, and a handful of families.

Create a Flourishing Four Plan with current status, preferred future and action plans for each of the four forms of capital.

Review progress on your Flourishing Four Plan then repeat steps 1-4 related to your next step initiatives. Consider reinvesting by becoming a Flourishing Family Facilitator “guide by the side” sharing your learnings with other families.

LAUNCH THE ADVENTURE TOGETHER

Receive guidance to implement processes to implement next steps, beginning with stronger relationships and family champions.

Engage the right people to guide and encourage your family on the journey through family forums, peer-to- peer conversations and our collective of advisors.

Create a Flourishing Four Plan with current status, preferred future and action plans for each of the four forms of capital.

LAUNCH THE ADVENTURE TOGETHER

Receive guidance to implement processes to implement next steps, beginning with stronger relationships and family champions.

Engage the right people to guide and encourage your family on the journey through family forums, peer-to- peer conversations and our collective of advisors.

Review progress on your Flourishing Four Plan then repeat steps 1-4 related to your next step initiatives. Consider reinvesting by becoming a Flourishing Family Facilitator “guide by the side” sharing your learnings with other families. 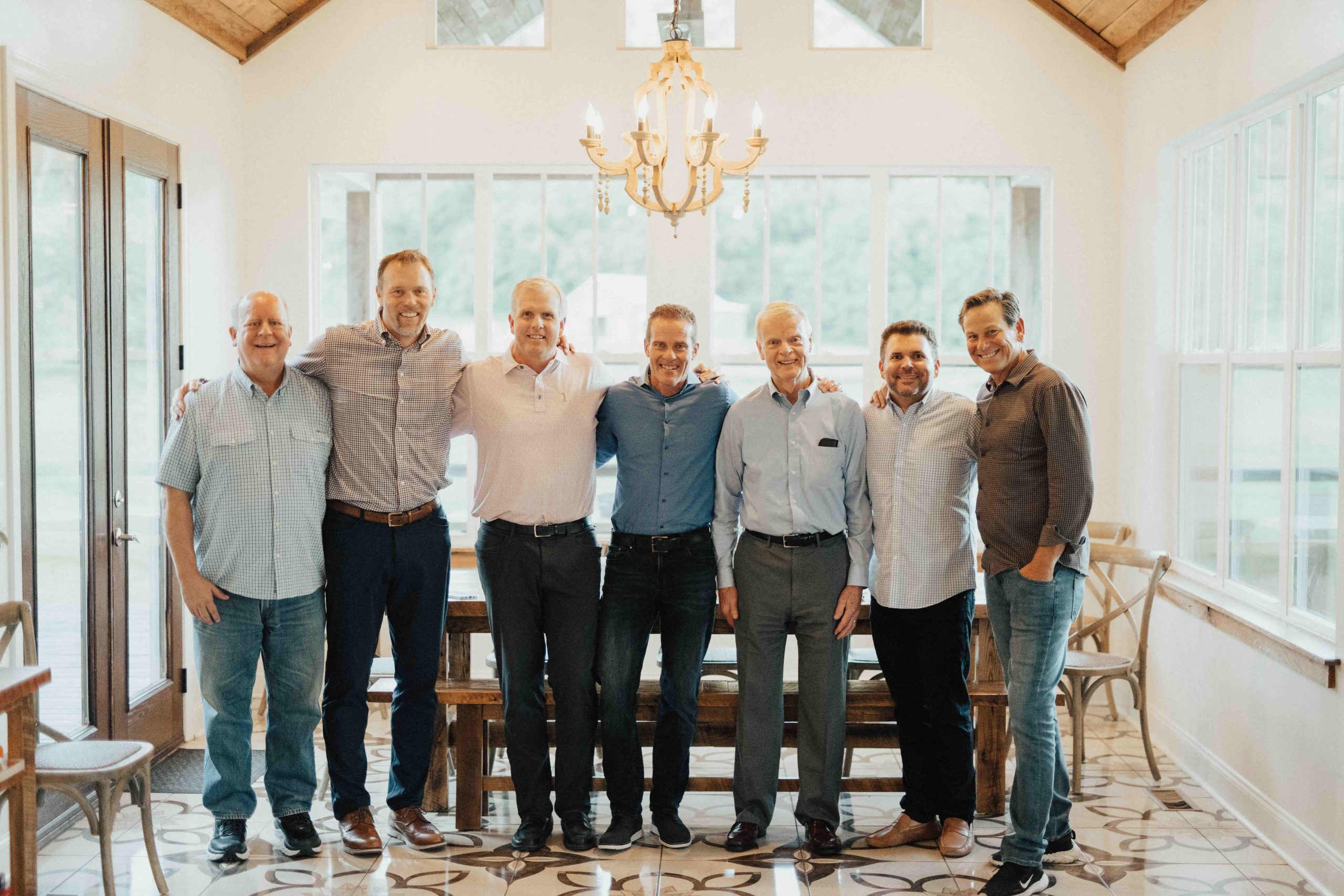 our group of subject matter experts, 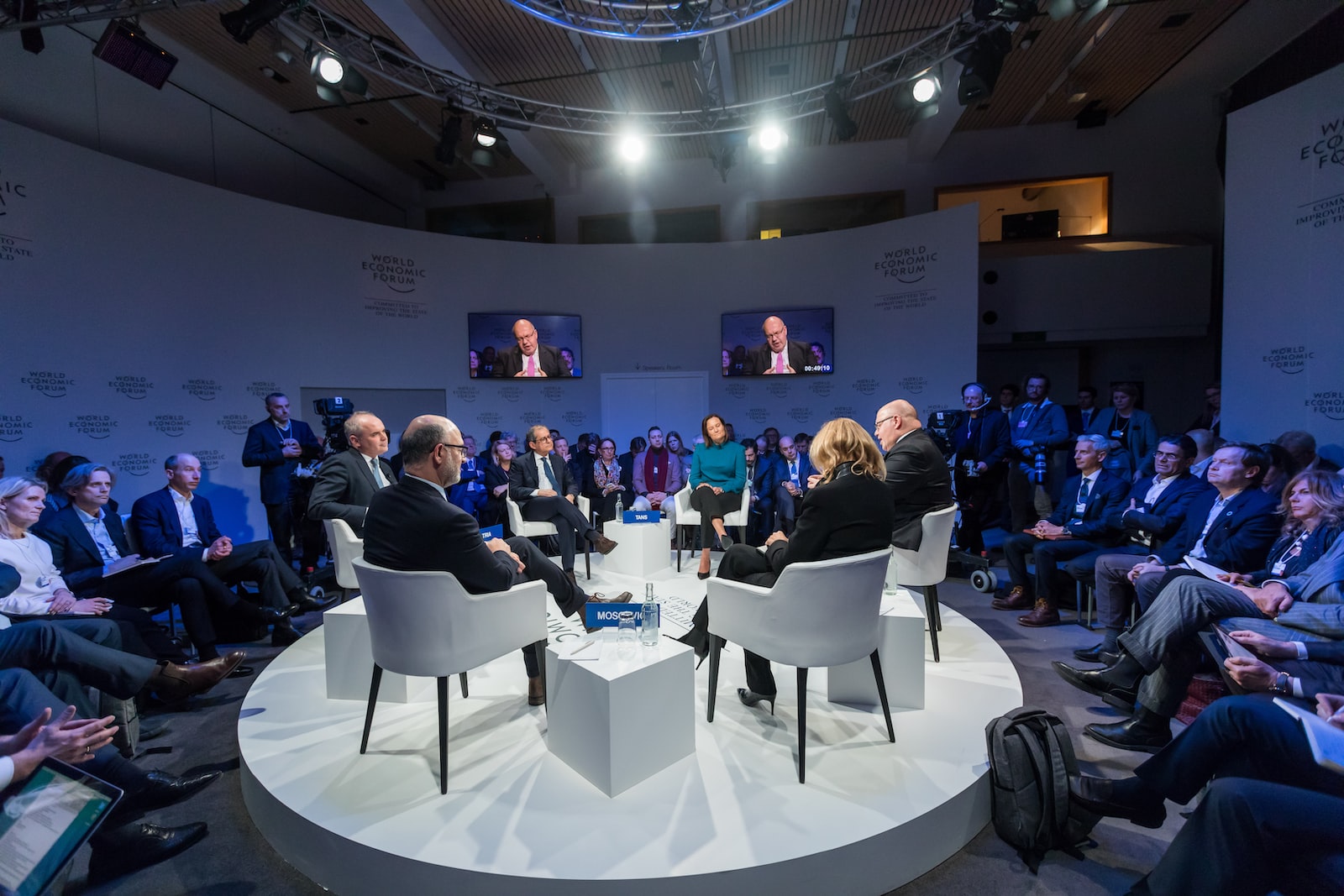 from smaller “Forums” to national and regional gatherings, 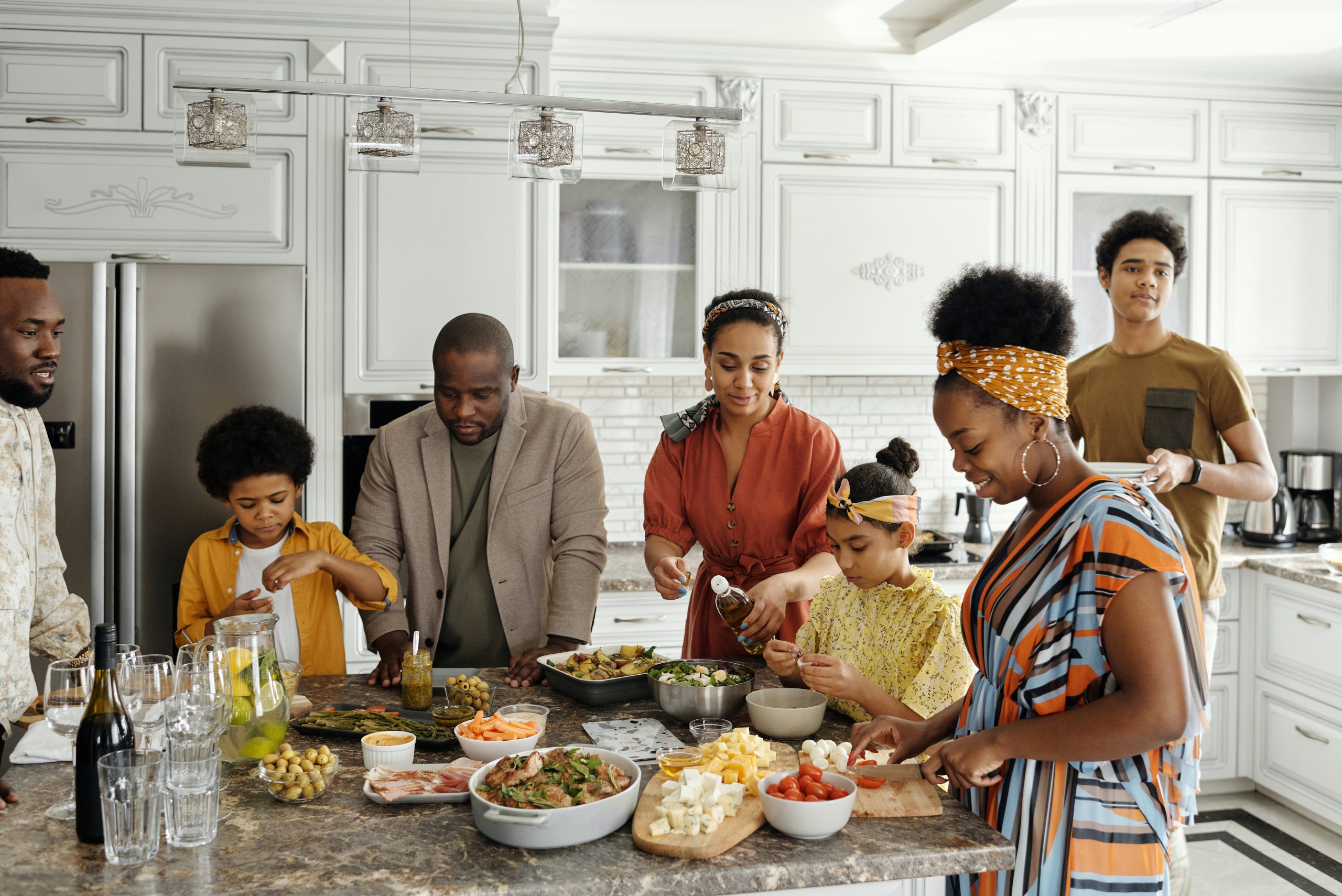 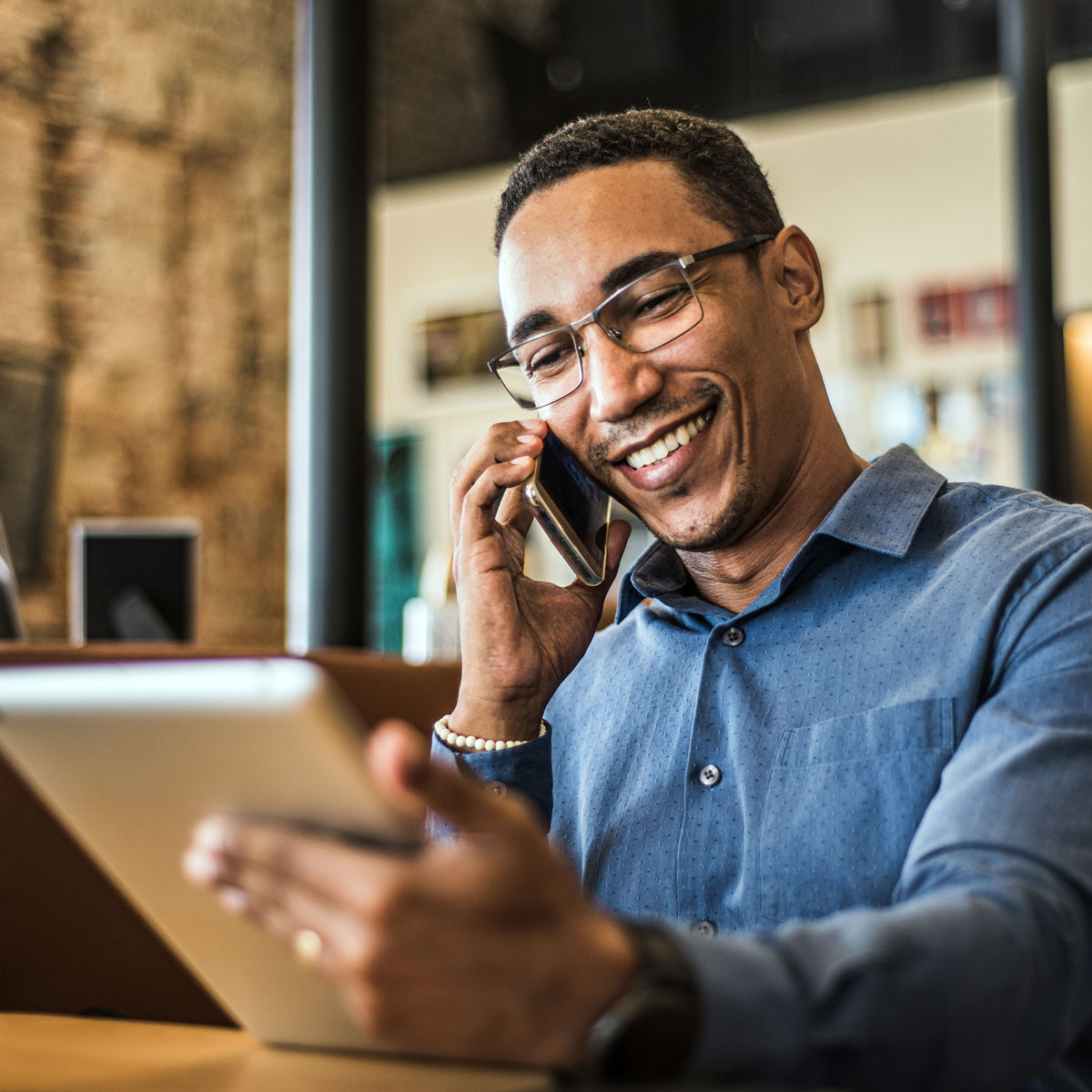 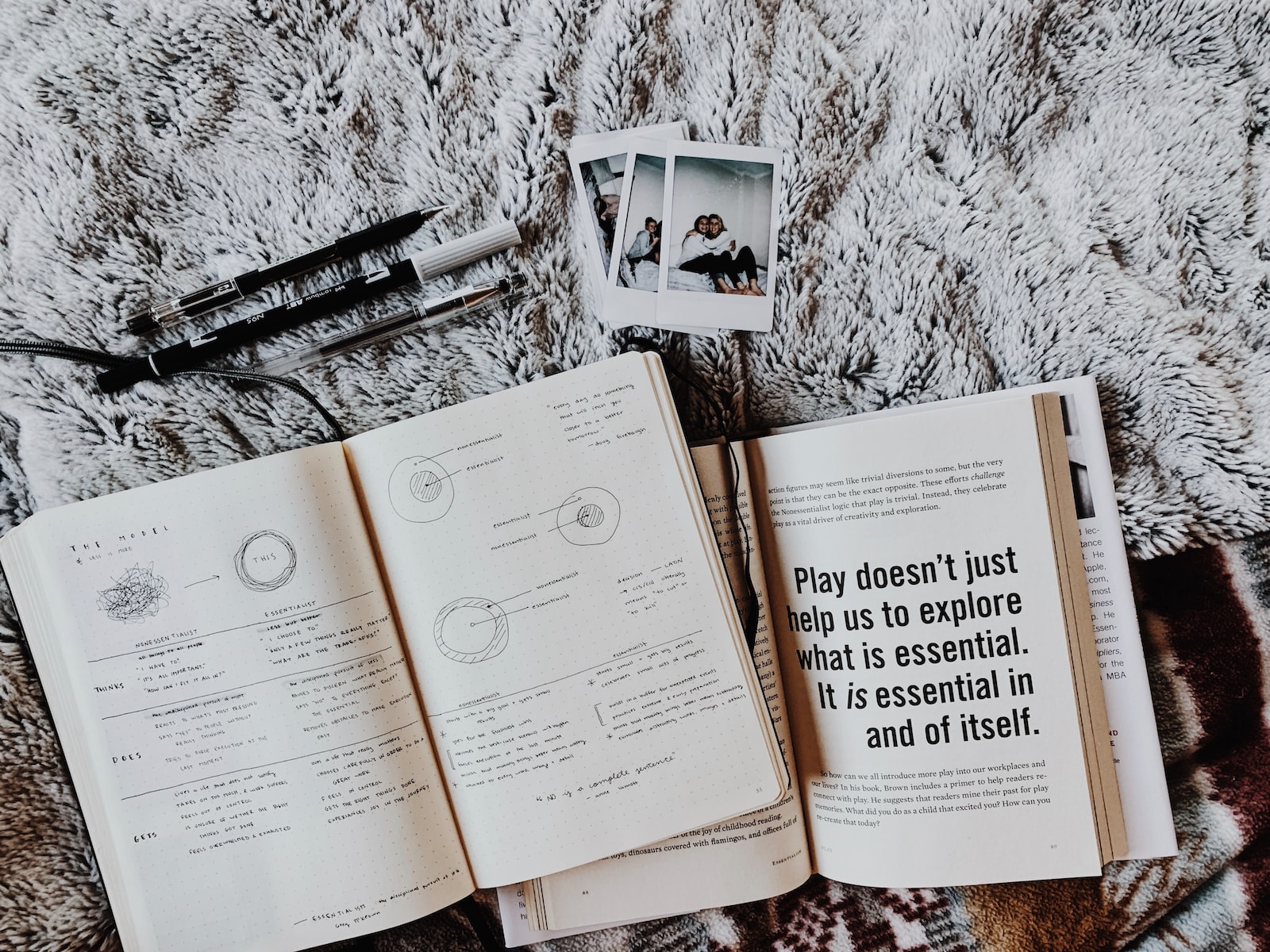 a series with master teaching, training, and testimonies,

A guide that helps your family connect with the right people at the right time to help you make progress toward the right next steps for your family.

our group of subject matter experts,

from smaller “Forums” to national and regional gatherings,

a series with master teaching, training, and testimonies,

A guide that helps your family connect with the right people at the right time to help you make progress toward the right next steps for your family.

Arriving in Franklin, TN in the late 90’s led to 15 yrs in the music industry. As a touring musician (drums for Katy Perry), Kyle spent most his music career in Christian music in A&R, artist management, branding, merchandise & concert promotion. In 2005 Kyle launched The Credit Card Machine Man, a credit/debit card processing company for 1000+ touring bands & non-profits with $1B+ in global transactions annually. In 2010 he co-founded & co-invented MobilePayUSA, a mobile payment and marketing app which was sold to PayMe Inc. 2013. He & his wife Alissa together founded Pollinate Media Group in 2012, which connects industry leading brands with over 5,500 top digital influencers publishers, having paid out multi 8 figures reaching 230MM+ impressions a month.

Ran his families foundation for 14 yrs providing grants and mentorship to 50 non-profit organizations. Chaired the national board for Standing Stone Ministry 2017-2021 where they served 5,000+ ministry leaders of all denominations committed to preventive care & discipleship to church, para church and missionary leaders.

Kyle & Alissa have been married for 18 yrs with two children Katelyn (14 yo) & Brayden (12.5 yo), attend Oceans Church Irvine, CA and The Belonging Co church in Nashville, serve on multiple for/non-profit boards and split time between Newport Beach, CA and Franklin, TN. Active with YPO Young Adults, EO, YEC, TED, Summit Series, Q Axiom as a member along with various masterminds.

Chairman of Board of Directors

Lonnie’s passion is developing families and companies that have a lasting positive impact on society. For the last 18 years he’s been learning to lead his family as strategically as he leads businesses and he regularly receives requests to coach families of influence around the world on pathways to create multigenerational family legacy and impact.

He is CEO of Wilkinson Corporation, a national real estate investment and asset management platform that has transacted on over $2.4 billion of real estate creating strong impact results and investment returns. He has also been Chairman and CEO of a senior housing ownership and operations company from start up to over 2000 employees in 18 states.

For nearly 25 years Lonnie has been co-founder/chairman of two leadership development firms. Ministry Advantage is a non-profit that provides leadership coaching to the senior leaders of hundreds of the most effective churches and non-profit organizations around the world. And Business Advantage is a for-profit company that has had long term coaching engagements with thousands of Presidents and CEO’s around the country. His journey of learning to maximize impact through both the for-profit and nonprofit sectors lead him to author the transformational book,  Beyond Business, How Your Company Can Build a Better World and to host the popular podcast, Systems for Success.

Lonnie has been married for 37 years to his childhood sweetheart, best friend and fellow entrepreneur, Shelley. Their four adult children and their spouses all lead thriving businesses that benefit society. And the whole family enjoys working together in various ventures as well as hiking, backpacking, snow skiing, water sports and music together.

Jerry is a co-founder of Family Meridian and has a rich background in family coaching and financial planning. He also has experience leading local chapters of several organizations, such as the Society of Financial Service Professionals and the National Estate Planning Council.

For more than 40 years Jerry was part of the financial services world with Northwestern Mutual and has been a member of the Strategic Coach program for over 25 years.

Active as a consultant, writer and speaker he authored The Priceless Gift  and has contributed to three books: Family Wealth Counseling: Getting to the Heart of the Matter,  unHeritage: 11 Pitfalls to Family Legacy and How to Avoid Them, and unPrepared: Heirs At Risk.

Married to Sharon, since 1967; Jerry has 3 children and 8 grandchildren, all of whom live near his home in Indiana. A true blessing beyond measure!

Wendy joined Gleneagles in 2021 as Chief Family Officer and Relationship Manager. Prior to Gleneagles, she served as Vice President, National Relationship Management of the Signatry, a Christian foundation that has helped families, advisors and ministries send more than $2 billion to charities across the globe. Wendy is a third-generation family business owner and former corporate leader. She spent much of her career in diverse roles for Fortune 100 and Fortune 500 companies, including Dow Chemical, DuPont and Chick-fil-A, Inc. Within her own family, Wendy currently serves as Director, Griffin Family Investments, LLC and Director, Griffin Family Foundation, where she works in partnership with strategic advisors and family members. Wendy received her undergraduate degree in International Business from The University of Georgia. She has also completed an executive program at the Kellogg School of Management at Northwestern University and a certification in Private Wealth Management at the University of Chicago Booth School of Business. Wendy lives in Richmond, Virginia with her husband and three daughters, but her family roots are in Georgia.

Register for our upcoming newsletter filled with our latest articles, stories, resources, gatherings, and more.

Register for our upcoming newsletter filled with our latest articles, stories, resources, gatherings, and more.